An infant in Dehli, India, has had a medical condition called Trigonocephaly treated with the aid of additive manufacturing.

Patients with Trigonocephaly are affected by a triangular shaped forehead which can cause neurological issues in addition to looking abnormal.

Thanks to additive manufacturing, the surgeons at Fortis Hospital in Shalimar Bagh, Dehli, have been able to prepare for the delicate surgery in advance with the use of 3D printed anatomical models, in particular, on a model of the skull with its various components. 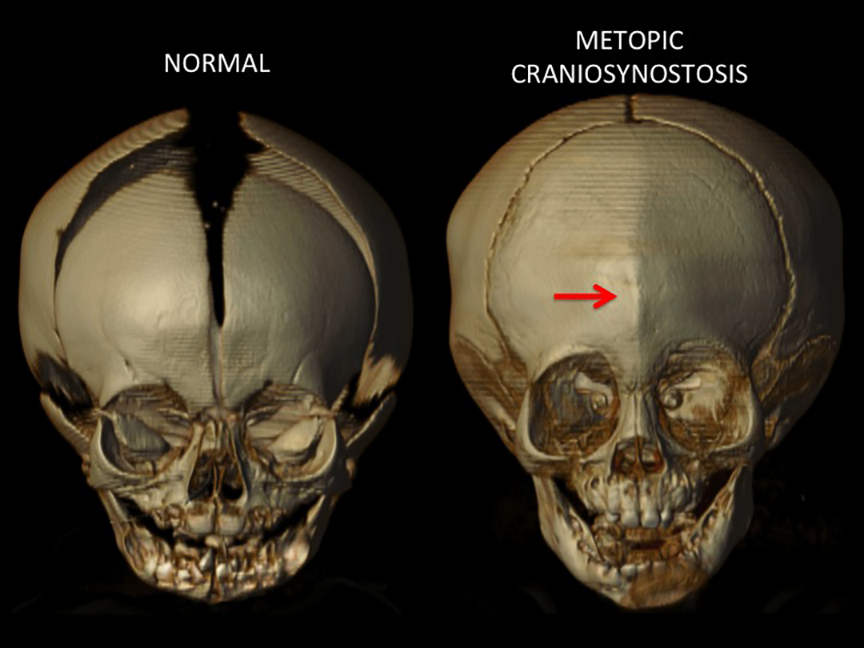 “Normally, the bones forming the skull are separated by joints called sutures, which also serve as centres of growth,” said Dr Richie Gupta, who specializes in reconstructive surgery at the hospital.

“These sutures fuse at set times after birth, one of the earliest being the suture between frontal bones, the metopic suture which obliterates between 3-9 months of age. An early sutural fusion results in lack of skull growth in a direction perpendicular to the suture. However, the brain is still growing at a rapid rate during this period and needs space to do so.”

In other words, the suture at the front of the head fuses early in people with the condition, and needs to be relieved with surgery to avoid issues.

A 3D printed skull was manufactured to enable surgical planning of the delicate procedure, which if unsuccessful could be detrimental to the patient’s health.

“We worked on these to determine the exact size of the bony cuts on the patient’s skull,” said Dr Sonal Gupta, director, neuro and spine surgery at the hospital.

“There was no scope for even the smallest of deviations, as it could cause blindness, profuse bleeding or even brain damage. We conducted a mock one on the 3D model a day prior – during the actual surgery, the next day, we transferred the measurements from 3D models to the patient’s skull.”

You can see a scan of what the condition does to an infant skull in the image above. As you can see, in a normal skull, the suture is open. In the case of a patient with Trigonocephaly (on the right) you can see that the suture is fused, causing issues.

“Our work with the two 3D models proved to be fruitful, enabling us to be meticulous in our execution, reducing the operative time and allowing the actual surgery to be precise.” said Gupta.

Overall, the main surgery itself was completed in 7 hours, and the patient was sent to the ICU for 2 days, to be observed and provided with post-surgery care.

After a brief return to the ward for a couple of days, the patient was discharged on the 6th day and happily is making a recovery, thus ending another successful story thanks to surgical planning assisted with 3D printing.

Outside the Box: Nick Seward’s Experimental 3D Printers Work Unlike Anything Else