With the release of Microsoft’s Flight Simulator 2020, it seems like everyone is a flight sim expert. The immersive game can be played with a regular game controller or a joystick, but for the most realistic experience, a HOTAS (hands on throttle and stick) setup is preferred. And like many popular items in the midst of the pandemic, HOTAS joysticks are sold out in most places despite being kind of pricey. Leave it to 3D printing to solve yet another supply chain issue as Youtube user Akaki Kuumeri designed a printable bracket that converts an Xbox One controller into a HOTAS setup. 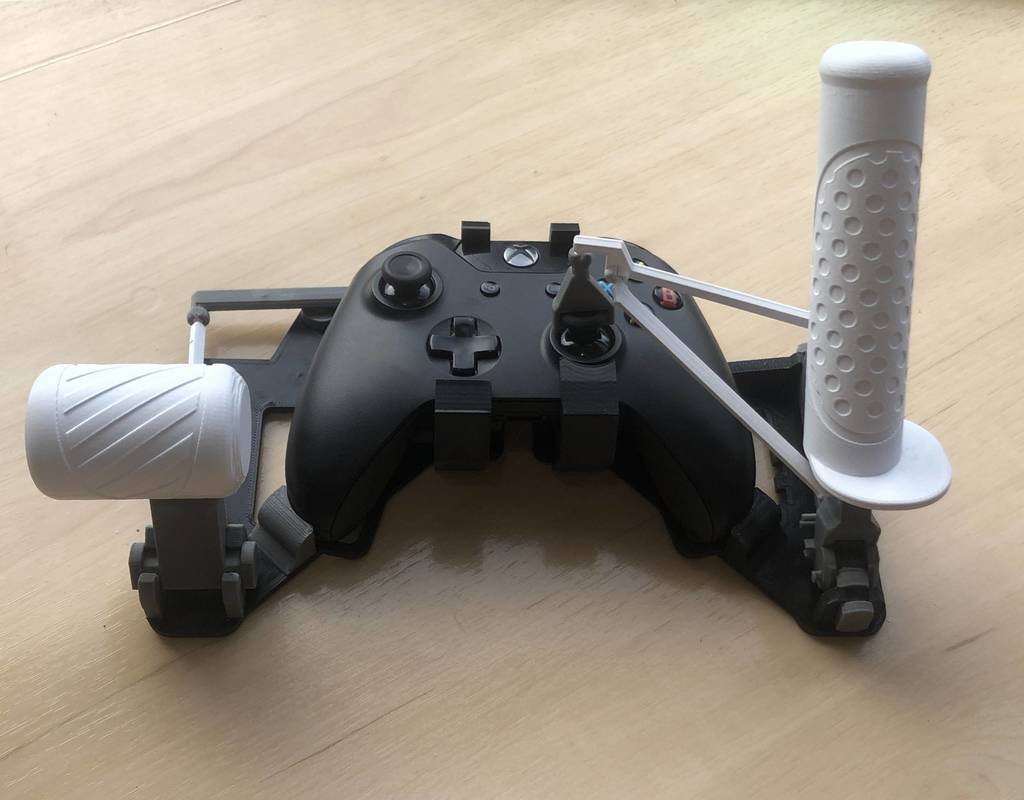 I thought I’d pitch in and roll my own with my 3D printer, and perhaps that could elevate or enhance your simulation experience. It’s super simple to make with a 3D printer and I’ll air on the side of caution when I say it’ll be about ten bucks and perhaps an afternoon of your time to make one of these. Akaki Kuumeri, master of aviation puns

Made up of a series of linkages with ball joints that snap together, the entire contraption can be printed all at once on most printers, and none of the parts require support. After assembly, it attaches to a controller and allows the user to be much more precise in their throttle and directional adjustments. It’s difficult to make fine adjustments on the standard Xbox joystick because the throw is so short; scaling the control stick up to a life-size version makes those fine movements possible. For being snap-fit and 3D printed, the joystick has very little slop and registers incredibly light touches. He even included an optional feature where a rubber band can be added to increase stiffness and make the stick go back to the center more quickly.

Akaki tried to find a 3D model of the Xbox controller to model around but could not find an accurate one, so he took an educated guess to design the first prototype. He then printed several iterations to get the fit and function just right. While it would have been faster and cheaper to work from a digital model, 3D printing still made the less-than-ideal alternative of creating multiple iterations quite feasible. Only a few dollars of plastic and a similar number of hours were “wasted” to create this novel device.

There have been several requests for HOTAS mods for other gamepads and controllers and Akaki has kindly obliged by designing printable kits for the Xbox 360, Switch Pro, and Gamecube as well as a left-hand version. He’s rather adept at 3D printing, design, and DIY as his channel features a number of 3D printed gadgets, including a USB joystick powered by magnets. If you’d like to print your own, links to his files can be found in the descriptions of his videos.

Organizational impact of 3D printing technology in surgery: which criteria to evaluate?